The Ultimate Guide on How To Smoke Hash

Want to smoke hash but don’t know the best way to do it? Smoking hash has a big learning curve, but you can be an expert on doing so by using proven techniques. In this post, we’ll share the top 4 ways to get the best experience out of smoking hash.

After reading this in-depth article on how to smoke hash, you will go from beginner to an expert on this topic in no time. 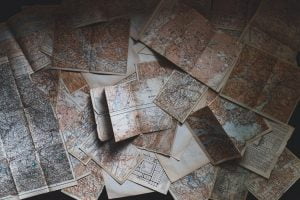 Hash, or hashish, is a popular cannabis product that has been used as a medicinal drug for thousands of years. It is also commonly used for personal enjoyment and to relieve pain symptoms.

The original form of hash is called finger hash. This is made by using your fingers to roll marijuana buds and scraping off the trichomes that will be left on your hands.

Over time, some old techniques of enjoying hash have been lost. However, advancement in technology has allowed new ways of smoking hash to be invented.

Hash is a form of weed concentrate made from the resin of a cannabis plant. These resin glands, known as trichomes, have high levels of cannabinoids and terpenes. Because of this, it makes hash extremely potent and a small dose of this can be highly effective.

Preparation of hash also needs more time and dedication compared to regular marijuana. Weed got its name because the marijuana plant grows quickly. The harvesting process also happens much faster, where it’s just the drying and processing of the flower buds.

With hash, it takes time to separate trichomes from the flower at the right temperature. It will come out looking like a chalky solid to a thick paste, with a range of texture and consistency depending on temperature.

How Do You Smoke Hash? 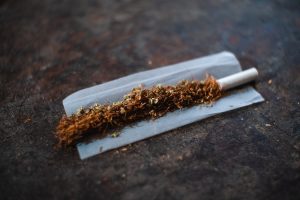 Hash is usually smoked in pipes, water pipes, joints, and hookahs. The main difference between hash and weed is that you need to have more control with the temperature when smoking hash.

When direct heat is applied, it might damage the trichomes. Because of this, it is wise to apply the heat lightly or indirectly when smoking hash to avoid this from happening.

How To Smoke Hash With a Pipe

One of the simplest ways to smoke is by using a pipe. The “cherry” method is often used, where the bowl used will stay burning throughout the smoking session. This is a popular way to smoke hash since it removes the need to keep using the lighter. Trust me, no one likes fiddling with a lighter when they’re high as a kite.

Smoke Hash With a Joint

It is recommended to mix hash with weed and tobacco to get a better experience. Tobacco is what will raise the heat of the joint. By smoking a joint that only has hash, it will be harder to light and requires a larger flame to light it.

Smoking hash mixed with weed gives a very nice nigh. The mixture will get you stoned for many hours and you will be toasted!

Smoke Hash with a Hot Knife

If there are no vape pens lying around, smoking hash with a hot knife is a fun method you can try. Just be careful when doing so to avoid any long-term scars on your face.

To do this method, start heating up the knife on a hot stove. While you wait for the knife to heat up, put the hash on top of another knife, and find some sort of tube that you can use to inhale the hash. A rolled-up tube or glass straw works best.

Once the hot knife is ready, join the two knives together to vaporize the hash and simply inhale with the tube. The experience will be much better compared to dabbing since the hash will be fully burned.

Can you Dab Hash?

Yes, dabbing hash is certainly possible. The method is pretty much like using a hot knife, where the only difference is that a dab rig is more expensive and just looks cooler to do.

To dab your hash, simply replace the shatter or wax that is used with hash to start the dabbing process. Once this is done, you can then heat up the nail and inhale the vape through the dab.

An important thing to remember is that hash will leave more residue compared to shatter and wax. Be sure to clean the dab thoroughly so future dabbing sessions will not be affected by leftover organic residue.

Protip: A common side effect of smoking hash is experiencing a dry mouth. To solve this problem, keep some water by your side to quench your thirst! 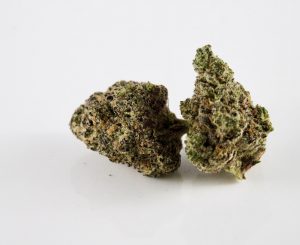 For those who prefer non-smoking ways to consume hash, it can be mixed with food to eat as an edible. There are so many kinds of edibles such as gummies and brownies that you will never run out of options to choose from.

Hash can also be mixed with a hot beverage such as tea or coffee. The hot water is an important element that will activate its THC properties.

So How Will You Smoke Hash? 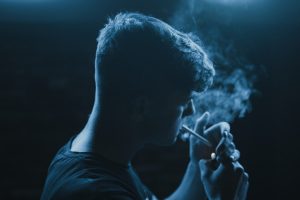 For new users, we recommend starting slow with a low amount due to its high potency. The best way to start is to use it with a vape pen or roll into a joint.

After you get more familiar with smoking has, you can then branch out and try the many methods we have listed in this article.

Online Dispensary Canada has a range of hash products you can choose from. We also provide a price match and satisfaction guarantee to ease your worries on any concerns you might have!

Other articles you might enjoy reading:
Have a Little Too Much Cannabis? Here’s 9 Tricks to Sober up Fast
Marijuana and Depression: How Are They Related?
30 Interesting Facts You Never Knew About Cannabis
Brad2021-06-19T11:21:12-07:00October 2nd, 2020|

About the Author: Brad

Brad loves writing about cannabis-related topics. He uses marijuana both medicinally and recreationally. He was born in Beautiful British Columbia and has lived in Vancouver for most of his life. When not writing, he can be found hiking up Grouse Mountain or having a drink with friends.